Mac Traynham is a deep rooted native of Virginia. Born in the Tidewater area in 1954, he was musically inclined at a young age, growing up with musical parents in the 1960’s in Oxford, North Carolina. The Traynham family moved to Nottoway County, Virginia in 1972, where he finished high school. Mac attended Hampden-Sydney College and later Virginia Tech where he obtained a BS in Forestry and later a BA in Technology Education.

Mac first mastered playing the harmonica as a child in the 1960’s. Occasionally, he heard his father play harmonica in a traditional tongue blocking style learned in the 1920’s from a black playmate in the family community of Cluster Springs in rural Southside Virginia. Next, came an interest in playing guitar both acoustic and electric in which he soon chose acoustic route. This led Mac on a path towards experimenting with songwriting and learning covers of current vocal numbers in the folk genre with acoustic back-up.

With a desire to seek out his country roots, Mac was drawn to the sound of the banjo and in 1972 began experimenting with a basic 3 -finger style associated with the bluegrass music. In late 1975, he moved to the Blacksburg, Virginia to attend Virginia Tech following his first visit to the world famous Galax Fiddler’s Convention. A newcomer to the Blacksburg Va. area acoustic music scene, he performed traditional songs with his banjo, guitar and harmonica both solo and with a small vocal trio. Upon meeting Wayne Henderson and obtaining a new Dreadnought style custom guitar built by the master, he became a budding flatpicker of traditional fiddle tunes. With a tip from a friend of a clawhammer banjo player in 1977, Mac discovered the secret of the traditional right hand rhythm and had an epiphany that dramatically changed his approach to playing traditional music. Through contact with other mountain music afficianados of his generation, he met and visited with many of the still-active, elderly mountain musicians of the region who were willing to share their music with interested young people.

Moving to Grayson County in 1980, Mac felt compelled to learn to play the tunes of the region in a recognizable ‘local’ style. He began winning prizes for his banjo playing at the local fiddler’s conventions. Subsequently, he took up old-time fidding as well and began playing for local dances and benefits. Simultaneously, Mac and his musical partner/wife Jenny were inspired by the Original Carter Family and by the many brother duets who recorded commercially in the 1930’s, to master a regional style of old-time country duet singing. Over the years they’ve remained active locally performing for benefits, revivals, music camps and festivals. 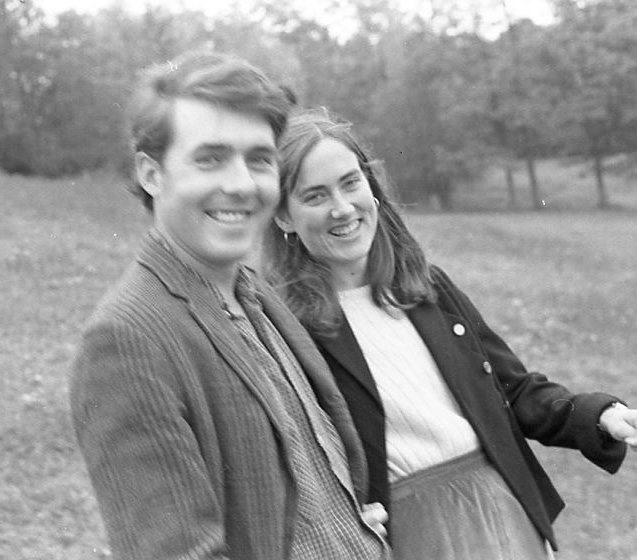 Mac and Jenny on their front porch in 2008 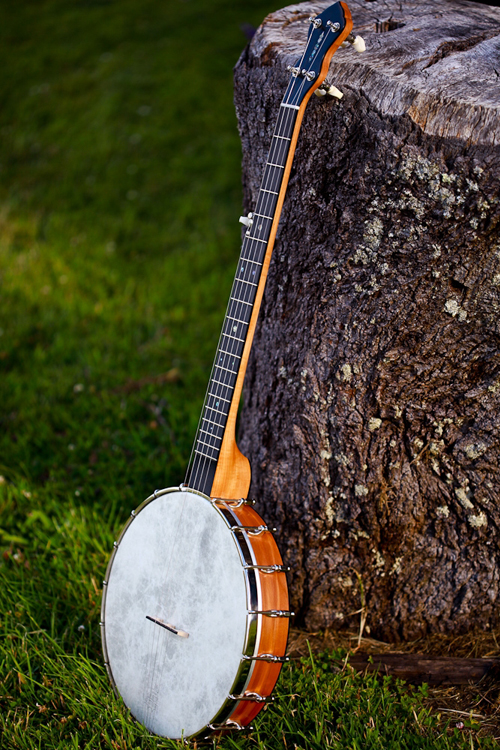 Mac and Hanna (daughter) holding their own handmade banjos

A love for natural wood products and useful designs fueled Mac’s desire to make simple wooden gifts for family and friends. In 1981 he began a 2 year stint in a cabinet shop in Galax, Virginia where he learned much about modern residential cabinetry while experimenting with advanced table saw techniques during his lunch hour. In addition to acoustic instruments, Mac was drawn to larger furniture and cabinet designs of the most practical nature. One of his first furniture projects was a blanket chest using black walnut with raised panels of exotic Deodar cedar obtained locally for his first anniversary gift to his wife, Jenny. He went on to build cabinets professionally during the late 1980’s in his first shop which today is a restored historic Oddfellows Hall/Museum located in downtown Blacksburg, Virginia. He began his first business called Mac’s Custom Woodshop in 1987 with a large order for custom bookcases more than 20 offices in the then new Pamplin Hall annex on the Virginia Tech campus.

Since the 1980’s Mac, individually, has been active with his music in both a professional and a non-professional way. He has been on the staff of several renown Old-time music camps over the years including Augusta Heritage Workshops in Elkins W.VA, Mars Hill Blue Ridge OT week in Mars Hill, NC and The Swannannoa Gathering near Asheville, NC . He has conducted workshops in guitar, banjo, fiddle and duet singing (w/ Jenny) at several weekend festivals including the Alaska Folk Festival, the Minnesota Bluegrass & Old-time Association festival, the Hopping John Festival in NC , The Suwannee Old-time music weekend in Florida, The Palestine OT festival in Texas, and the Festival of American Fiddle tunes in Washington State.

Check Mac Out On

Or Get in Touch